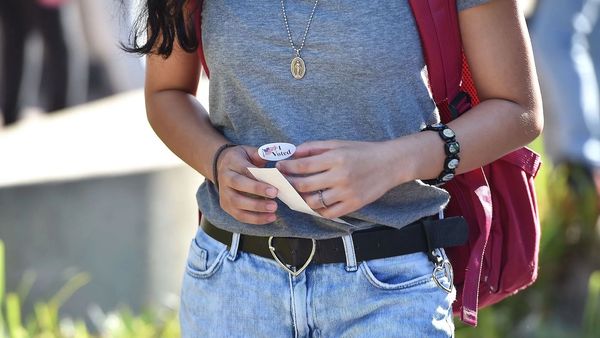 We have always done and can always do more than vote

My newly adult son voted on Saturday. We’re lucky to live in a vote-by-mail state, so he had plenty of time to review his ballot before filling it out. It was really gratifying to see him study the different issues and candidates. Over the last couple of weeks, he would report back to my wife and me about something new he’d learned, like about the proposed amendment to strike slavery from the state constitution. (Yes, it’s 2020. I’m grateful to live in a time when that will pass in a landslide.)

I say he voted on Saturday because that was when we deposited our ballots at a dropbox that was only seven minutes from my house. What a blessing it is to vote so conveniently.

Representative government is such an amazing thing. It’s still so new to humanity when you look across time. Being able to choose our leaders really does put us in a privileged position relative to history.

Still, this election is especially soiled by angry partisanship. But when you wipe away the grime of rancor, dishonesty, and hypocrisy, the pearl still shines. What’s precious about it runs deep: our society is much more than voting, even if right now it’s all you see wherever you look.

Alexis de Tocqueville, when traveling through the United States way back in 1831, reported this to his French audience:

I must say that have often seen Americans make great and real sacrifices to the public welfare; and I have noticed a hundred instances in which they hardly ever failed to lend faithful support to one another. (Book 2, Democracy in America)

I think de Tocqueville could report the same if he travelled the United States today. Despite bitter divisions that look like chasms, you’d still find volunteers, families, and neighbors everywhere you look. We can help each other through our politics, and in so many more ways besides. The President, after all, isn’t going to comfort your friend after a hard day, but you will.

Immediately after the above, de Tocqueville then said:

The free institutions which the inhabitants of the United States possess, and the political rights of which they make so much use, remind every citizen, and in a thousand ways, that [they live] in society.

As we head into the holiday season in the US, food banks play a critical role in hundreds of communities. They have been especially important with the spike in unemployment brought on by Covid-19.