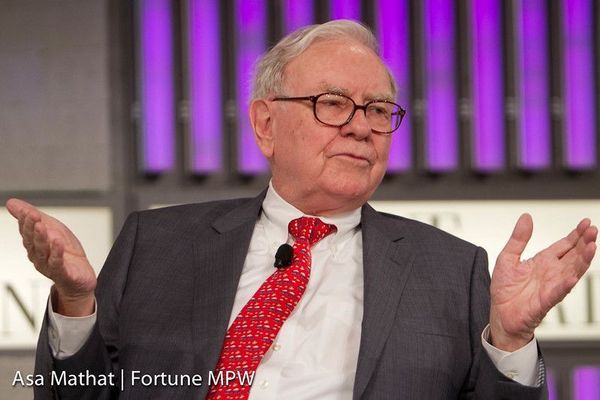 A Letter from a Billionaire

Warren Buffett—famous billionaire and cofounder of The Giving Pledge—released a new letter last week announcing that he is halfway to his promise of giving away 99% of his wealth before he dies. As is typically the case for him, Buffett used the moment to share his perspective on broader issues. While the entire letter is worth reading, I’ll highlight a few passages.

He emphasized how easy giving should be for the wealthy, a message he’ll undoubtedly promote for as long as he can.

The easiest deed in the world is to give away money that will never be of any real use to you or your family. The giving is painless and may well lead to a better life for both you and your children.

He also duly praised the stewards of our charitable contributions, along with every else who gives their more meager donations or more substantial time to help those around them. His humility here is apt. As rich as he is, if he gave all his wealth away at once it wouldn’t be more than a quarter of what Americans give altogether in a single year. All of our small donations add up.

Those who give their love and time in order to directly help others – perhaps adding a monetary gift that requires them to give up the purchase of something meaningful for their own use – are the heroes of philanthropy. America has millions of such givers.

These people receive no recognition whether they mentor the young, assist the elderly or devote precious hours to community betterment. They do not have buildings named after them, but they silently make those establishments – schools, hospitals, churches, libraries, whatever – work smoothly to benefit those who have received the short straws in life.

Last, I appreciate his optimism and how he recognizes the multiple institutions we need for a flourishing society.

I’m optimistic. Though naysayers abound – as they have throughout my life – America’s best days most certainly lie ahead. What’s happened here since 1776 has not been a historical fluke.

Philanthropy will continue to pair human talent with financial resources. So, too, will business and government. Each force has its particular strengths and weaknesses. Combined, they will make the world a better place – a much better place – for future generations.

Warren Buffett’s generosity will be rightly remembered as historic. And still, it won’t be enough. For as much good they’re positioned to do—a massive amount of good—the world’s billionaires can’t save us. Only we can do that.

Things to Read - Our World in Data Edition

This week I want to feature some articles from Our World in Data. It's an incredible source of information and perspective on the world's most pressing issues.

Why is life expectancy in the US lower than in other rich countries?

Too many reasons, but also opportunities for change.

It boggles the mind when you consider how much faster and cheaper it is to do certain things.

Why do we need to know about progress in the world's large problems?

It matters how far we've come. Read the numbers.

Many of the barriers to the world's poor are found in the financial system itself. In wealthy nations, we take for granted banking, insurance, and other services that are hard to access or nonexistent for low-income people.

Grameen Foundation USA accelerates innovative approaches for access to financial services. Their programs span a wide range of financial issues for the poor, including targeted solutions for small farmers and women. They've been recognized by, among others, The Gates Foundation as a high-impact innovator in this space.

(Fun fact: While in law school, I spent a summer working as a legal intern at Grameen Foundation. It was a transformative experience for me.)

Can you imagine what would happen if Warren Buffett was a social impact investor?

Warren Buffett clearly doesn't consider himself much of an expert on solving social problems, and I appreciate his humility. But what if he used his investments themselves, and not just his wealth, to do more good in the world?

My podcast guest this week, Geoff Woolley, is a pioneering impact investor and an expert in marrying capital markets with social good. He'll help you see that we have so many ways of changing old approaches for the better.