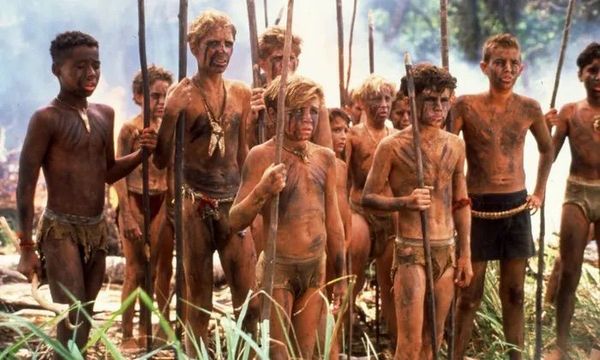 Better Than You Think

What are we? Humans? Or animals? Or savages?

The Lord of the Flies, by William Golding, has convinced generations of school kids that we’re all basically selfish and wild. Humanity constantly teeters on the edge of chaos. In the end, we’re all either predators or prey. This, of course, is a big heap of nonsense.

How do we know that Golding got it wrong? Because there actually was a group of boys who were marooned on a remote island in the Pacific, for over a year, and they were amazing to each other.

Lately I’ve been reading Humankind, by Rutger Bregman. He’s a Dutch historian who hunted down an incredible story of the real Lord of the Flies. In 1965, six teenage boys in Tonga were so bored at school that they decided to steal a boat and sail to Fiji. Being teenagers, all they brought for the 500 mile voyage were some coconuts, a gas burner, and a couple of sacks of bananas. The youngest, 13, was recruited because he was the only one who knew how to steer a boat.

A storm caught them asleep the first night, breaking their rudder and ripping away their sail. After eight days of drifting, they spotted a tiny, rocky island. It became their home for the next 15 months.

Did they descend into cruelty and chaos? Of course not. They survived through cooperation and kindness. The boys developed a roster of duties, worked in pairs, and even tended a flame they kept going for a year. One of them broke a leg, and the others cared for him until it was fully healed. When they were finally rescued, the doctor who examined them found them in peak health.

If it’s a surprising story, that’s only because we are bombarded with the idea that people are basically evil. And for some reason, in spite of ceaseless evidence to the contrary, we believe it. People around the world—every day—are helpful, kind, forgiving, and patient. Bregman’s book makes the convincing case that we are fundamentally good. (It’s also well written and engaging. I highly recommend it.)

Believing the worst in others just brings out the worst in ourselves. Can you spend the week looking for good in people, especially the ones you like the least?

At a time when political rancor can drag us down, I thought it would be good to draw attention to the research of More in Common. Their study on the Perception Gap in the US shows, among other things, that:

You can even take the quiz for yourself and see how well you can predict the views of your political opponents. It’s quick, and well worth your time.

My friends and I at Merit Leadership are working to develop more ethical leaders around the world. If you’d like to keep an eye on our work, please follow us on LinkedIn.