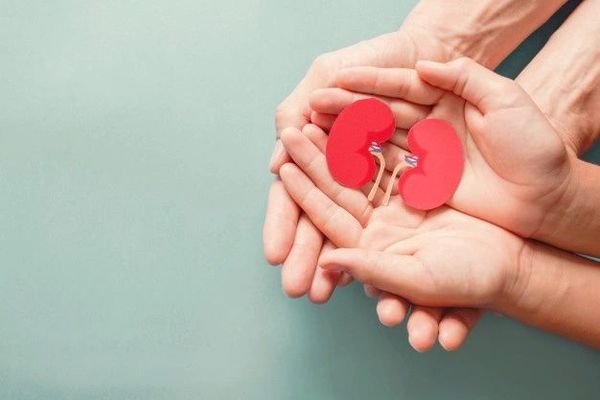 Comparing remarkable generosity with the mundane

I’ve spent the last year recording twelve interviews for a first season of a podcast I’ll be launching. (It’s called Good at Work, just like this newsletter.) One of those interviews is with Dr. Abigail Marsh. She’s a neuroscience and psychology professor at Georgetown University, TED speaker, and author of The Fear Factor. Her research is about the neuroscience of altruism.

Altruism is hard to study. Almost everyone is generous to some degree. How do you identify an altruist and what makes them clearly different from everyone else?

Dr. Marsh and her colleagues had the inspired idea to study people who have donated kidneys to strangers. This is called a non-directed kidney donation, and around 300 Americans do it every year. Dr. Marsh calls these people “extreme altruists.”

I don’t want to revisit her findings here, but I encourage you to watch her TED talk, embedded below. Needless to say, it’s fascinating. But I do want to highlight one important idea. She notes that many of these donors feel like they are no better than their kidney recipients. They don’t see themselves as special compared to others.

Dr. Marsh calls these people “extreme” altruists because of how uncommon it is to make a non-directed kidney donation. But I think that, taken the wrong way, the word “extreme” distracts us from an important truth.

These unique kidney donors give up an organ to a stranger—which is no small thing—but they don’t regularly cook for those kidney recipients. They don’t wake up in the middle of the night to calm them after a nightmare. They don’t invest many thousands of dollars in their welfare over multiple decades. They don’t worry about them constantly.

Parents do all of these things for their children. But the altruism of parenting is not uncommon and therefore not “extreme.” The same goes for the care we give in all of our closest connections. We go to incredible lengths to help the people we love the most. In fact, these relationships involve far more than a kidney, and would include that, too, if the need arose.

Why the difference? Unlike nondirected kidney donors, parents don’t merely think: my kids are the same as me. Instead they think: they are part of me. That formulation—making someone else part of who we are—is the most powerful motive for altruism that we can find. Just look at all that it gets us to do.

The most common and mundane altruism we experience is likely the strongest love out there, and it’s nice to stop and admire it.

We tend to think of organ donations domestically, but the need spans the globe. Part of the challenge is getting more people to declare themselves as kidney donors for after they’ve died. The MOHAN Foundation has tackled the issue in India with extensive advocacy programs to overcome religious and cultural stigmas against organ donation.

As I mentioned, I am working on a podcast about having a life and career of meaning, virtue, and impact. I don’t have anything to ask now, but when it launches I hope you will be willing to share it with other people. More to come.