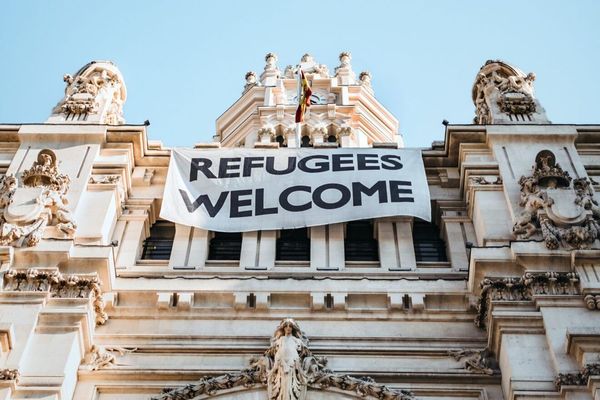 Saving Lives, One at a Time

Why Paul Grüninger Couldn't Say No

In the years leading up to World War II, Switzerland saw waves of Jews come to them in order to escape the Nazi regime. Despite a long tradition of welcoming those fleeing persecution, concerns about rising anti-Semitism prompted authorities to forbid any more Jews from entering the country. Local police captains were instructed to deport any Jews, returning them to the border where they entered.

A strong culture of obedience and structure ensured widespread compliance—except with the police commander in St. Gallen, a man named Paul Grüninger. He was admired and respected by the citizens of his town, with a reputation of being an excellent police commander. This is why it came as such a surprise when in 1939 he was arrested for backdating and otherwise forging visas for thousands of Jews, allowing them to remain in Switzerland instead of being deported.

Grüninger lost his job and was jailed and fined. He was also falsely rumored to have rescued these Jews in exchange for money and sexual favors. His reputation ruined, Paul Grüninger struggled to make a living for the rest of his life. Even well after WWII and the evils of the Nazi regime were widely known, the Swiss government resisted multiple efforts to restore his honor. He died a controversial figure.

Why did he do all of this? Or perhaps more importantly, why didn’t the other police commanders do the same as Grüninger? In the book Beautiful Souls, the author Eyal Press noted from his research a fascinating but important distinction in their process. Most police commanders delegated the visa processing of incoming Jews to subordinates. Grüninger, instead, met with each one. Press argues that this was the key difference. The commander of St. Gallen saw each person and each family personally. He saw them as individual people, not as a mere policy to be enforced.

Grüninger was interviewed on national television a year before his death. When asked why he did what he did, he replied:

My conscience told me that I could not and may not send them back. And also my human sense of duty demanded that I keep them here.

And after years of suffering ignominy for his heroic defiance, he also said that he would do it all over again.

What City Trees Can Do

What if I told you that city trees can temper heatwaves, reduce flooding, scrub pollution, improve health, and reduce crime? Fascinating Twitter thread.

How to Ask Useful Questions

Asking useful questions is a critical part of problem-solving and essential to professional development. Excellent advice for an underdeveloped skill.

Does Getting Promoted Alter Your Moral Compass?

Promotions can get us to look past or even support unethical behavior that we would normally resist.

In countries like Myanmar, Rwanda, Sudan, and elsewhere, groups of people have been abused, oppressed, or killed en mass in spite of modern governing structures and international pressure. The end of conflicts doesn't necessarily bring peace, either, because the consequences last for generations unless justice and healing come as well.

Celebrating its 20th year, the International Center for Transitional Justice helps restore peace to countries that have endured massive human rights abuses under repression and in conflict. They have worked in over 40 countries around the world, addressing violations and rebuilding trust in civic institutions.

"People who were not lacking in capability, but lacking an opportunity"

Artisans in the developing world have incredible, valuable skills, but limited access to global markets. From jewelry to baskets, and pottery to blankets, Melissa Sevy creates opportunities for artisans to flourish, providing jobs, fair pay work, and dignity. But it hasn't been easy. Along the way she faced difficulty, hardship, and brick walls. Yet, her resilient nature overcomes and helped her to be there to strengthen others.

She's my guest in this week's episode of the How to Help Podcast. Click here to listen.