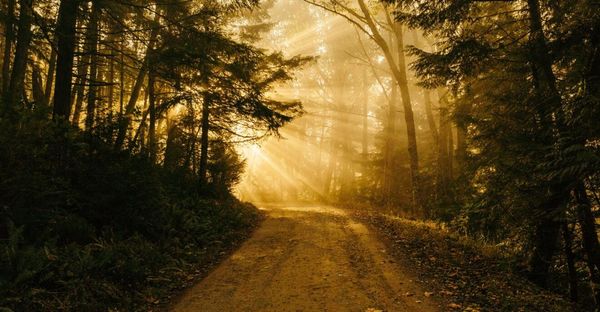 The Path to Conscience

We're all coming to a better understanding

Less than 20 years ago, state governments were allowed to execute someone who was mentally disabled. It was only 16 years ago that states could legally execute someone who committed a crime as a child. And just 11 years ago, children as young as 13 or 14 could be sentenced to life in prison—or in other words, death in prison—even if their crime didn't involve killing someone. All of these sentences today are illegal under the Eighth Amendment to the US Constitution because they are considered cruel and unusual.

Cruel and Unusual. Consider how remarkable it is that these practices were so recently acceptable, most likely during your lifetime, and are now considered so beyond the pale that they violate the sacred Constitution of the United States. How does something like this happen?

Certainly, the moral character of executing a child hasn't changed, just by virtue of the US Supreme Court's order. These judgments were always cruel, if sadly not unusual. It is that our understanding of them has changed. In the case of executing children, a mountain of science has revealed that a person's brain isn't fully developed until well into legal adulthood. The Court relied on these insights to make its decision, acknowledging the deep injustice of imposing the ultimate penalty on someone without full mental capacity. For hundreds, this realization came too late.

In a recent episode of the podcast, Revisionist History, the host Malcom Gladwell used a phrase that stood out to me: "The path to conscience." He expressed it this way:

What my younger self did not understand is that there is no perfect and easy path to conscience. Sometimes it's circuitous and full of unfortunate detours. And maybe what we owe each other is faith and patience, because some of us will take longer than others to figure out where our conscience lies.

None of us—not one—is a perfect moral judge. Our research into the typical ethical dilemmas that people face revealed over and over again that good people make bad choices. It was evident in the hundreds of examples we reviewed that everyone is at different points on their path to conscience.

This isn't to say that there should be no consequences for bad choices. But when we impose consequences as a society, we have a responsibility to make our judgments just—and we face the constant risk of moral error in our zeal for justice. We, as a people, are on a path to conscience, too.

Whatever we do, we need more humility to recognize that our particular journey on the path to conscience is always, at best, incomplete with many miles to go. We have so much to learn about what is truly good. And such humility coaxes out of us more patience and grace for others as they walk their own paths. It's not that they, or we, deserve grace; it's that we all desperately need it.

A frustrating but essential read that illustrates how differently women are treated in the workplace, from compensation to harassment.

The Truth Behind the Amazon Mystery Seeds

Remember the social media freakout about mysterious seeds from China? The best explanation, a brushing scam, is far less nefarious than feared.

The notorious billionaires behind the OxyContin crisis have been banned by a legal settlement from getting naming rights in exchange for their donations.

There are currently around 4,500 children being held in adult prisons in the US. Compared to those in juvenile detention, these underage prisoners are nine times as likely to commit suicide. In every case, states have the capacity to hold these child prisoners in better conditions, but their sentences demand they be treated as though they were adults.

Made famous by the book Just Mercy and its author, Bryan Stevenson, the Equal Justice Initiative works to reform the criminal justice system by challenging unjust, cruel, and inequitable treatment. Their work has led directly to legal changes in how children are treated by courts, including the sentencing reform I described above. A donation to EJIsupports their staff and creates more capacity for them to meet the overwhelming needs referred to them every day.

Would you be willing to share a story about a time that someone helped you or a time that you helped someone else?

I'm testing a survey instrument as part of a study on helping experiences, and could use your help. If you have a few moments, complete our survey. Thank you!