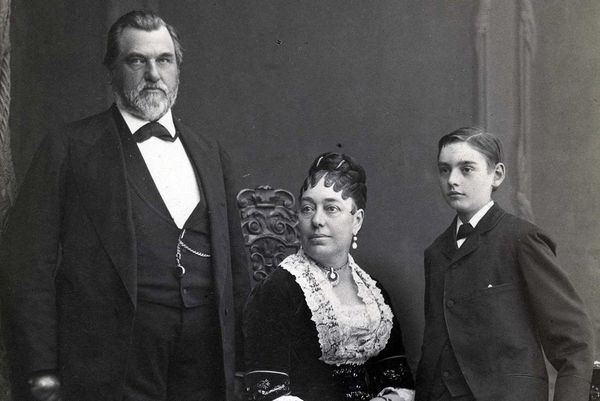 The secret superpower of a thriving economy

Have you ever wondered why the United States—and specifically Silicon Valley—became the epicenter of the Information Age? Why of all places did this become the home to Google, Intel, HP, Apple, Facebook, and so many others?

I’m sure you have some ideas, but I doubt philanthropy is one of them. And so I strongly recommend you read Why Philanthropy Matters by Zoltan Acs. It’s one of my favorite books. Acs makes the compelling case that philanthropy is the secret superpower of American capitalism.

As for Silicon Valley, the pivotal moment of its destiny takes us back to 1885. Leland and Jane Stanford became incredibly wealthy from Leland’s ownership in multiple railroad companies. (He presided over the famous Golden Spike ceremony that joined the east and west segments of the Transcontinental Railroad.) Their wealth reached a peak of around $50 million, or $1.3 billion in today’s dollars, even if it was earned in the same questionable ways as the other robber barons of his time.

But in 1884, the couple’s only son died from typhoid fever at just 15 years-old. It was in their heartbreak that they made a decision that reverberated for decades to come. Declaring that “the children of California shall be our children,” Leland and Jane dedicated nearly half their wealth and over 8,000 acres to found Stanford University.

In the US, we’re accustomed to seeing huge philanthropic gifts like this, but they are hardly the norm in world history. In fact, the US economy is remarkably unique this way: marked by entrepreneurs of middling origins (Leland’s father was a farmer and Jane’s a merchant) who go on to incredible wealth and then historically large philanthropy. From Carnegie’s libraries to Gates’ health and education funding, this has been a distinctive feature of the American economy.

Nearly every major tech company today—along with their jobs, wealth, and products—traces its origin in whole or in part to that single philanthropic act by the Stanfords. Hewlett and Packard attended there, as did the Google founders, Page and Brin. Of course, this doesn’t even begin to contemplate all of the doctors, researchers, educators, and other professionals who started there.

This story can be told over and over with other schools, too, and extends well beyond the elite universities to state schools, HBCUs, and even community colleges that have opened more doors to opportunity than we can count. Although there are legitimate criticisms of education philanthropy, there’s little doubt that its impact on the whole has been immense.

And this is just one area among many that philanthropy in the US has fueled over the years. Professor Acs makes the case difficult to refute. Libraries, community centers, hospitals, and parks all enjoy philanthropic funding along with tax dollars. But for a history of massive philanthropy, the United States today would be a fraction of its size and vibrancy. And our future will likely depend on it in just the same way, a point that Acs notes with concern.

(Next week we’ll look at the other side of this issue, and the argument that modern philanthropy could threaten the very things that make the US healthy and strong.)

The more opportunity we can create for everyone, the better off we all are. WeThrive works with low-income youth in grades 7–10 to train them in entrepreneurship and leadership, setting them up with life skills that lead to better futures for themselves and their communities. The program scales by training teachers and administrators in the curriculum.

Beginning with a pilot in 2010, WeThrive has since grown to reach over 2,000 kids per year in cities across the US. The students who participate get experience starting real businesses earning real money. 81% of kids who participate continue with their ventures after completing the program.

If you’re on Twitter, consider following me there. I use Twitter to draw attention to good ideas and current issues related to having an impact on the world.I didn’t need a reason to love donuts any more than I already do, but now they’re out there saving lives. ♥️ 🍩 @krispykreme But seriously, this is great #csr.fortune.com/2021/03/22/kri…Krispy Kreme will offer free doughnuts—all year long—to people with COVID-19 vaccination cardsBring your vaccination card to any location for a free Original Glazed through the end of the year—and you can redeem the offer as often as you’d like.